The band formed in Edmonton, Alberta Canada in the early 80′s and was made up of Jim Gray (vocals), Jeff Schmidt (bass), Tim Palmar (drums), Alan Marks (guitar), and Wolf Radke (guitar, keyboards). Before the band eventually broke up in 1989, they released two full-length LPs, San Paku and A Test of Time.
Jim Gray also played a vampire in the mid-80′s TV series “The Little Vampire,” launching an acting career that would see him into the 90′s in front of the camera, then behind the scenes as a Hollywood set designer.
~http://rave-and-roll.com 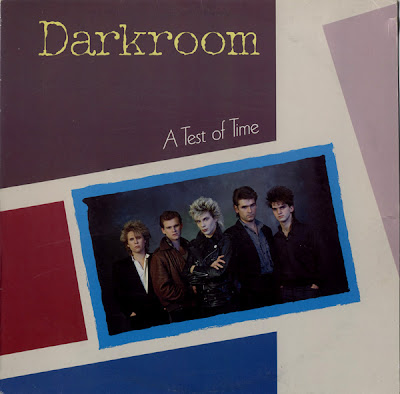