The following posts have been contributed by Serge ZENI, who contacted me and did a great work of preparing the info and uploading the files for all of us. Thank you once again and here it is...

Into Paradise were a great group from Dublin who mixed post punk edginess /angst with dollops of pure pop to create a rather unique and wonderful sound. The band first formed in 1986 and went by the Backwards Into Paradise handle until 1988. The name Backwards Into Paradise was a reference to the great band Blue in Heaven, also from the same leafy suburb of Dublin, Churchtown. The original line up included songwriter Dave Long and Rachel Tighe. They released the single 'Never The Same / She Is Close' on Snap-Owl Records in 1986. This work was described in Irish music mag Hot Press as sounding like "Knocking On Heaven's Door all speeded up"!!
Backwards Into Paradise also appeared on two compilations released by Comet. Comet was a marvellous little Dublin record store wherein I wasted hours and hours sifting through oceans of great second-hand and new records, and wasted lots of money too!

In 1989, after changing their name to Into Paradise, they released the 'Blue Light' EP in 1989 on the newly formed independent Irish label Setanta. The line up then was Dave Long (Vocals, Guitar), Rachel Tighe - no relation to the mad Capt Tighe from Galactica! -(Bass), James Eadie (Guitar, Keyboards) and Ronan Clarke (Drums).
The 'Blue Light' EP was selected as single of the week in the Brit music mag NME in June 1989. Back then, NME was a highly respected music journal (not the rag it now is) and being single of the week there was a huge accolade for any band. Especially bands from Ireland, as it was immensely difficult then to become known in the UK - a huge indie music market compared to the tiny pond of Ireland. 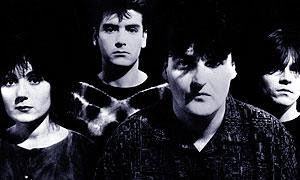 Top Irish indie DJ, (well, he was that back then - far from it now!) Dave Fanning - whose show was, in those days, a music diamond amongst the morass of Irish Radio and unmissable for indie kids like myself - played the great track I Want You from this EP regularly on his evening show through the summer of 89.
Their live shows, in the spirit of punk / post-punk, were aways highly energised, edgy, powerful affairs and in Dave Long the group had an excellent frontman who always put his heart (and blood, sweat and tears!) into the performances. A few gigs, in true rock'n'roll fashion, actually ended with fighting between band members! Soon after their first release, in 1990 came the EP 'Change' on Setanta. Later in 1990 came the band's first full-length album, 'Under the Water', also on Setanta. Setanta's first taste of success came when Into Paradise received glowing reviews from the British music press for Under The Water. A flurry of major label interest followed and Into Paradise subsequently signed to Ensign Records, while retaining Setanta head-honcho, Keith Cullen as band manager.

Later that year, Ensign/Chrysalis issued a collection called Into Paradise, in the States. This was a compilation of the Under the Water LP and the Change EP. A true fan should have this US release as well as the originals though, because of variations in the tracks. Into Paradise followed up with their most successful album - and major label debut - the Adrian Borland produced 'Churchtown' in 1991.

This was followed by two great Mini Albums;
'Down All The Days' -1992
'For No One' -1993
The two mini albums are excellent, especially Down All The Days which may be their best work. They will always be remembered by their many fans. 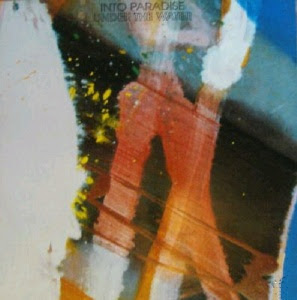 This is the US version of Into Paradise's 1st album. In the UK and other countries, it was issued as "Under The Water" with different tracklisting. I'll post the missing tracks later, along with B-sides and rarities.

Hey there! It feels great to see Into Paradise on this site! Feel free to post any other item when you'll have the time to do it.
All The Best + Thanks For Caring,
Serge ZENI.

This is a wonderful album. Thanks so much for posting.

And, before the next posts, here's one more site to visit:
http://www.myspace.com/davidlongdublin

Dave, by the way, is Into Paradise's singer/lyricist.
S.ZENI.

thank you very much this is great stuff

Hi, guys. Could you please cancel every comment where my name is featured?
Thanks by advance.
SERGE ZENI, 15/05/2010.

Into the paradise is one of the best music production that i have listened, i think that this music is good and make me feel like in the sky, this band is a good example of how to make a good music without enough money.

this was one of that kind of groups that appear one day, and the next become totally invisible, it's a real shame because the group had future, I don't know what happen with the.

Hi...
I like your blog,This is very good information to read.And excellent page preview,..keep it...

Well, I do not really imagine this is likely to work.

Great post. very informative for us. this is very creative post. thanks for sharing with us.
Stationery Design

The Paradise discography is so great.

impressive blog, really cool nice interesting stuff. Good to read this. Thank you for share. have a great day.

I remember Blue Light EP NME SOTW and Dave Fanning played I Want You a lot during the summer. Last Into Paradise gig I saw was in McGonagles around March 1992 or so. I bought the four albums on vinyl at the time; trying to get CD copies for the car - Under The Water and For No One are proving extremely difficult to find. That bastardised US album is everywhere though :) I like it - cool to have the Change EP tunes on CD.

Interesting..... We thought it was helpful at that time, but neither David or me were aware of the ghosts.
Forget it --- That's life. Just some crimes under dirty waters.....
Serge Zéni